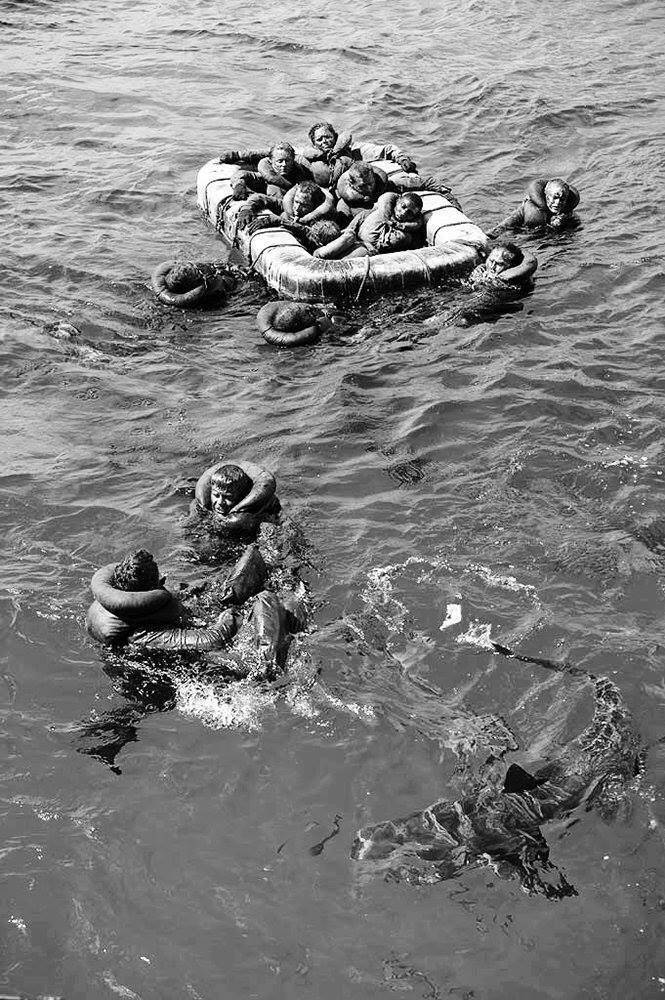 On July 26, 1945, the battle-scarred USS Indianapolis had just delivered secret cargo to Tinian Island in the Pacific Ocean – parts for Little Boy, the first nuclear weapon ever used in combat. The ship then set out for the Philippines. Halfway to its destination, in the early morning hours of July 30, 1945, the unescorted heavy cruiser was sunk by a Japanese torpedo. In 12 minutes, 300 of its crew of 1,195 went down with the ship. About 880 men made it alive into the sea; only 316 survived.

Historian Dick Campbell will tell the chilling story of the U.S. Navy’s worst single disaster at 2 p.m. and 6 p.m. Thursday, Feb. 20, at the Fond du Lac Public Library. The programs are free; no registration required. This program was rescheduled from January.

With photos and stories, Campbell will recount the survivors’ five horrific days and nights in the ocean, with no water or food; their accidental discovery by a Navy combat patrol plane; the bitter controversy over the Navy’s handling of the disaster; and the fate of the surviving captain. He’ll include photos of the wreckage on the floor of the Philippine Sea, 18,000 feet deep.

Since retiring from the role of executive director of the Oshkosh YMCA, Campbell has traveled extensively in the region – and as far as Fairbanks, Alaska – presenting an array of history programs on topics as wide-ranging as the Oregon Trail and Ernest Shackleton’s voyage to the Antarctic.

The presentations are part of the library’s monthly History at Home program, which focuses on local and area history at 2 p.m. and repeated at 6 p.m. on the third Thursday of the month.