So you want to talk with your kids about race 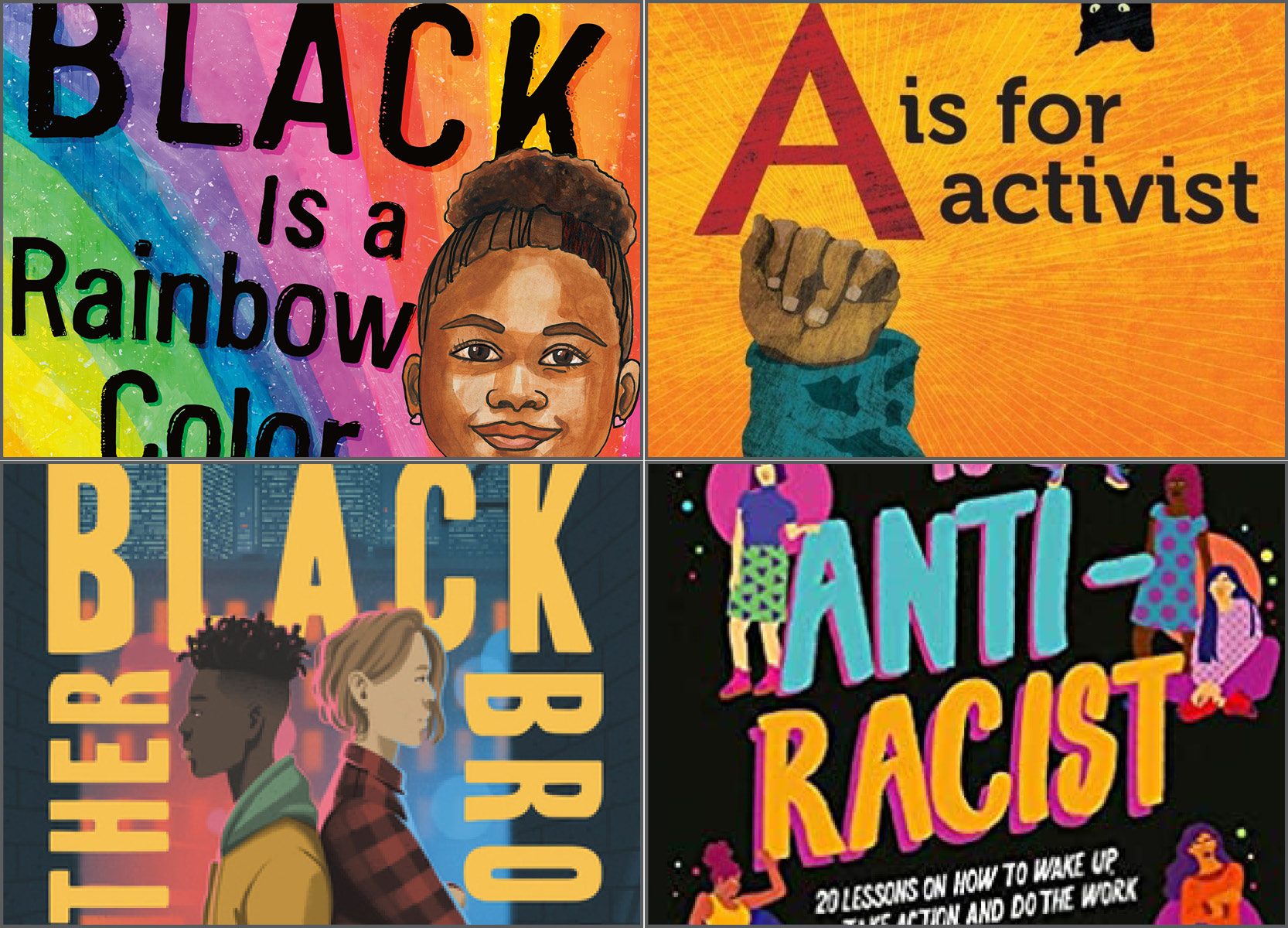 It’s never too early to start talking to your kids about race and racism in our country. If you’re not sure where to begin, here are some books to help get you started. This list is a mix of fiction and nonfiction; follow the links to learn more and place holds. Don’t forget, this list is just a start. It’s important for children to read stories featuring characters of color experiencing joy and positivity as well.

Something Happened in Our Town by Marianne Celano, Marietta Collins and Ann Hazzard

Not My Idea: A Book about Whiteness by Anastasia Higginbotham

Black is a Rainbow Color by Angela Joy

A Ride to Remember by Sharon Langley

Can I Touch Your Hair?: Poems of Race, Mistakes, and Friendship by Irene Latham and Charles Waters

Hands Up! by Breanna J. McDaniel

A is for Activist by Innosanto Nagara

The Skin I’m In: A First Look at Racism by Pat Thomas

The Skin You Live In by Michael Tyler

The Other Side by Jacqueline Woodson

Woke: A Young Poet’s Call to Justice by Mahogany L. Browne and others

This Book is Anti-Racist by Tiffany Jewell

Turning 15 on the Road to Freedom: My Story of the 1965 Selma Voting Rights March by Linda Blackmon Lowery

A Good Kind of Trouble by Lisa Moore Ramee

The Port Chicago 50: Disaster, Mutiny, and the Fight for Civil Rights by Steve Sheinkin

One Crazy Summer by Rita Williams-Garcia

In the Shadow of Liberty by Kenneth C. Davis

Because They Marched: The People’s Campaign for Voting Rights that Changed America by Russell Freedman

A Few Drops of Red: The Chicago Race Riots of 1919 by Claire Hartfield

How It Went Down by Kekla Magoon

Stamped: Racism, Antiracism, and You by Jason Reynolds and Ibram X. Kendi

All American Boys by Jason Reynolds and Brendan Kiely

The Hate U Give by Angie Thomas

Piecing Me Together by Renee Watson