Take a trip to the water’s edge 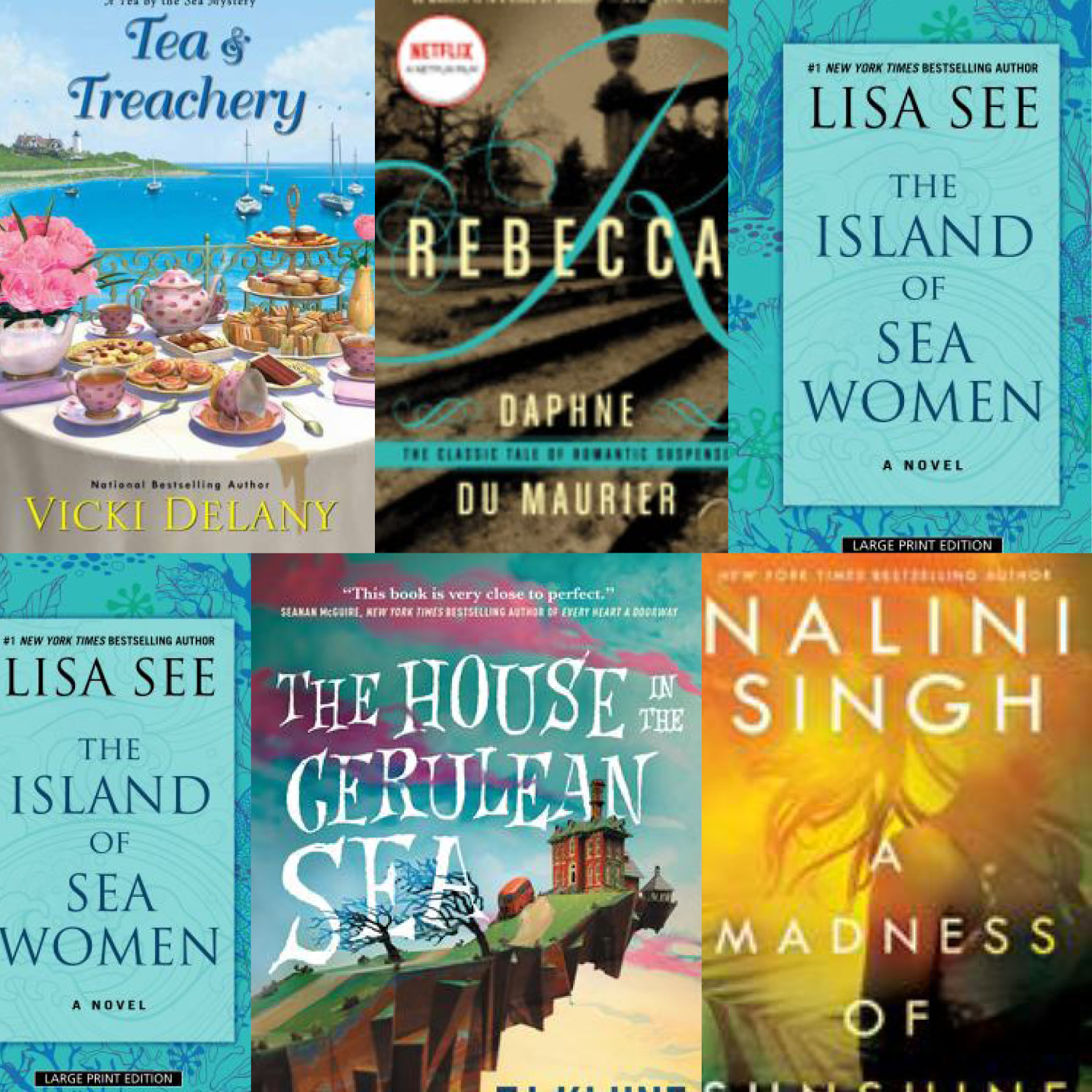 There are beaches and coasts all over the world and writers the world over have chosen the water’s edge as their setting. We’re all drawn to water, so it’s no surprise that authors make this choice. The following books are all very different, from mystery to suspense to fantasy. The one thing they have in common is a coastline.

I've been reading Nalini Singh’s Psy-Changeling paranormal romance novels for years, so when A Madness of Sunshine came out I picked it up right away. Unlike Singh’s past novels, this one isn’t fantasy, it’s a romantic suspense novel set on the rugged west coast of New Zealand in a small, close-knit community. Anahera Ruwiri is back in town after eight years away following the death of her husband. After a young woman goes missing while out for a run, Anahera helps the local police officer, who is new to the area, navigate the small town dynamics. Singh does an excellent job describing the unforgiving landscape, jagged cliffs and lush greenery of New Zealand’s South Island.

For something comforting and lovely about found family and recognizing and cherishing people’s differences, try The House in the Cerulean Sea by T.J. Klune. Forty-year-old Linus Baker leads a gray life between his small home and his job at the Department in Charge of Magical Youth writing reports on government-sanctioned orphanages. He thinks he’s being fired when he’s called before Extremely Upper Management, except they send him to Marsyas Island Orphanage to write a detailed (highly classified) report about the orphanages’ six charges and their enigmatic guardian, Arthur Parnassus.

Lisa See did an exceptional amount of research in writing The Island of Sea Women, set on Jeju, an island south of mainland Korea. You’ll learn not only about Korea from the 1930s to the 2000s, but also about the haenyeo culture of Jeju where the women free dive to harvest from the sea and the men stay home to care for the children. Mi-ja and Young-sook both work in the sea as part of their village’s all-female diving collective. The women work together and form a close bond over the years. But their divergent backgrounds, one the daughter of a Japanese collaborator in WWII, the other set to inherit leadership from her mother, as well as other forces outside their control cause a rift between the best friends.

A classic novel set by the water is Rebecca by Daphne du Maurier. This gothic, suspenseful, complex, and mysterious novel was originally published in 1938. It’s been adapted to film many times over, including by Hitchcock in 1940 and most recently by Netflix in 2020. In Rebecca a young, timid, woman (she’s never named) working as a lady’s maid becomes the second wife of wealthy Maxim de Winter after a short romance and moves with him to his English estate, Manderley. After this rags to riches story, we transition to the complex mystery that makes this novel a must-read. Every event and interaction at Manderley is filled with tension and the shadow of Maxim’s late wife’s presence.

Lily Roberts runs a traditional English Tearoom on the bluffs of Cape Code in Tea & Treachery by Vicki Delany. Her tea shop, Tea by the Sea, sits on the grounds of her grandmother Rose’s Victorian B & B. When an aggressive real estate developer is found at the foot of a steep staircase on Rose’s property, Lily must turn amateur sleuth to prove her grandmother hadn’t been involved after Rose told him she’d see him dead before he bought the property. Delany is a prolific and talented cozy mystery writer who creates likeable characters and includes descriptions of delicious food and beautiful landscapes.