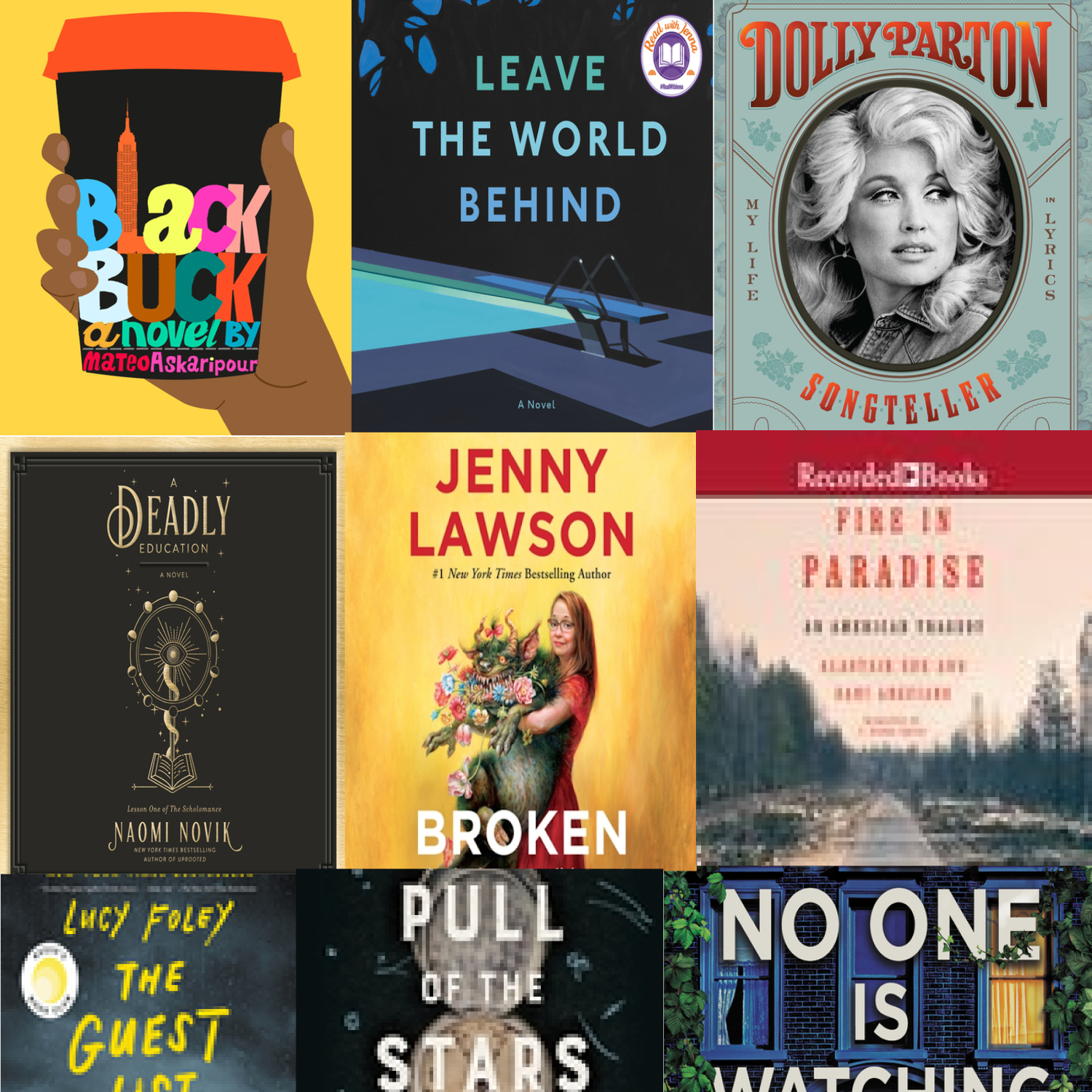 There’s no shortage of daily or monthly celebrations to note in the library world. We’ve got National Library Week, National Library Lover’s Month, Library Card Sign-up Month, National Poetry Month, and so many more. One of my personal favorites is Audiobook Appreciation Month in June. Most of my reading is done by listening to audiobooks since I can listen to them while I’m driving, doing dishes, taking a walk, petting my cats, knitting, etc. (I really lean into those librarian stereotypes, apparently). I wrote a post for those getting into audiobooks last year and thought this year I’d offer some more recommendations of recent books that are amazing on audio. The links below are to the Wisconsin Digital Library.

Leave the World Behind by Rumaan Alam, narrated by Marin Ireland

Devolution by Max Brooks, narrated by a full cast

When No One is Watching by Alyssa Cole, narrated by Susan Dalian and Jay Aaseng

The Pull of the Stars by Emma Donoghue, narrated by Emma Lowe

The Guest List by Lucy Foley, narrated by a full cast

Broken (in the best possible way) by Jenny Lawson, narrated by the author

A Deadly Education by Naomi Novik, narrated by Anisha Dadia

Such a Fun Age by Kiley Reid, narrated by Nicole Lewis