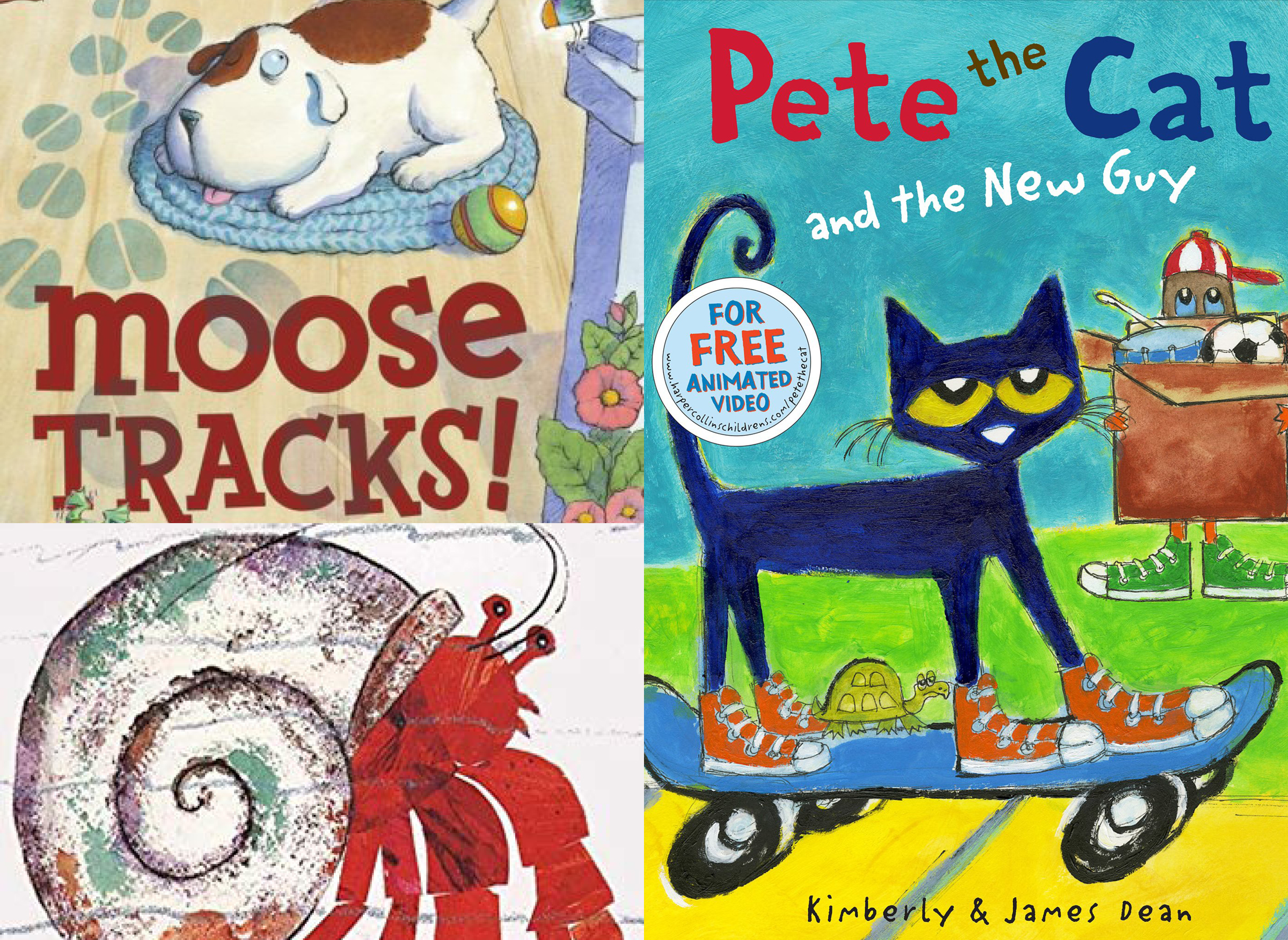 At Lakeside Park, everyone’s favorite cat, Pete the Cat, makes friends with the new guy in town and discovers that being different can be cool in “Pete the Cat and The New Guy” by Kimberly and James Dean. Also coming to Lakeside Park is a classic, “A House for Hermit Crab” by Eric Carle, in which Hermit Crab learns that for every friend and adventure left behind, new ones are just ahead. Both stories have been installed at the east end of Lakeside Park near the intersection of Harbor View and Winnebago drives.

At Hamilton Park, kids can wonder, Who left all those moose tracks in the house? as they read “The Moose Tracks” by Karma Wilson.

Library staff installs new StoryWalk stories on a regular basis. StoryWalks encourage families to enjoy reading and the outdoors by posting a children’s book — a page at a time — at intervals along a path.