She who laughs ... lasts 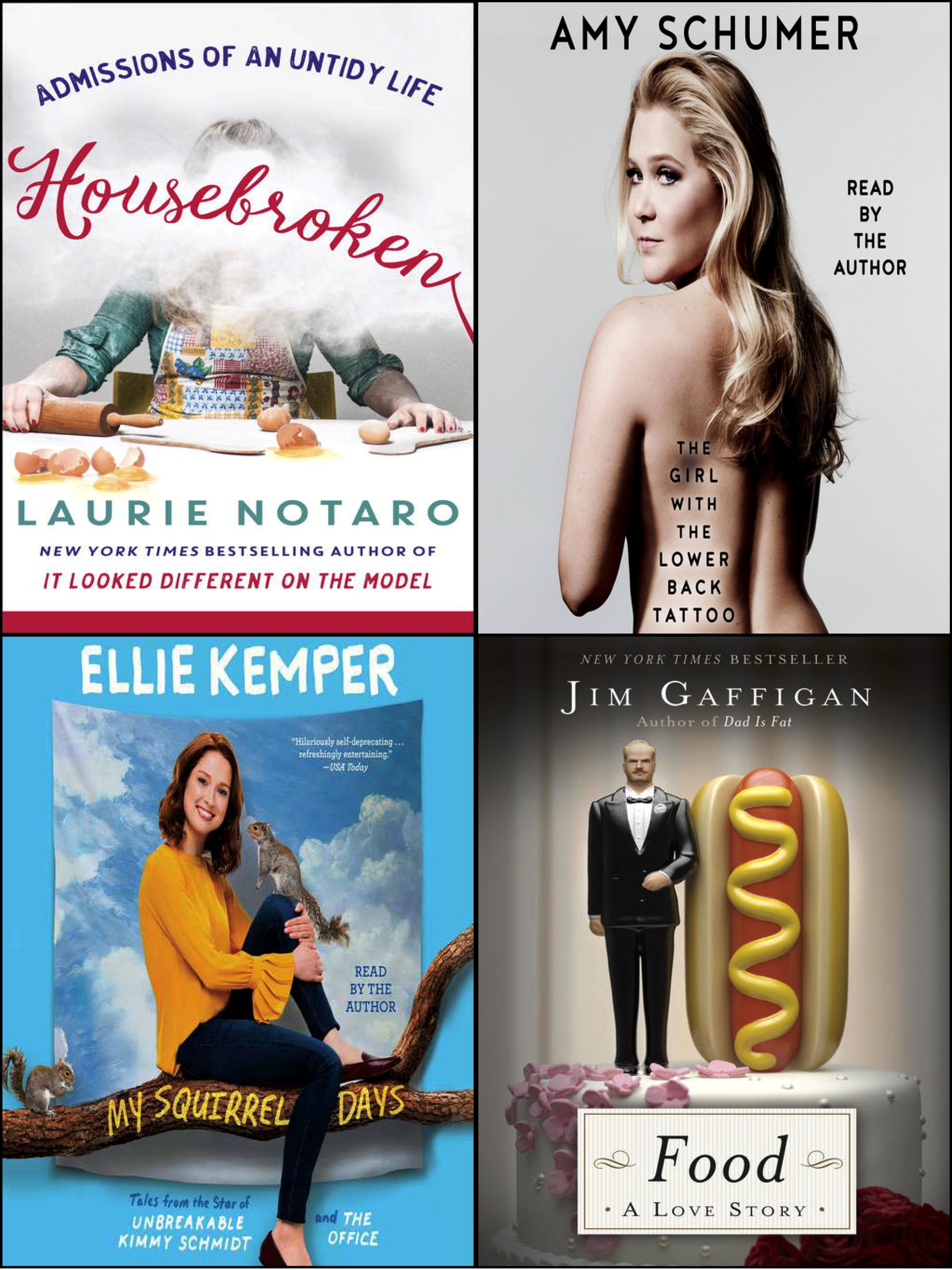 I’m dating myself but, how many of you remember Erma Bombeck?

She was an American humorist whose newspaper column describing suburban life was wildly popular from the mid-1960s to the late ’90s. She published 15 books, most of which became bestsellers. My mother was a big Erma Bombeck fan and never missed her column. I can still see her sitting at the kitchen table chuckling away. She loved Erma’s humorous take on everyday life struggles, and I believe Mom read every one of her books as well. Each book title was sillier than the last. Three are available as e-books on Overdrive.

Bombeck was also famous for her quotes. One of my favorites is “He who laughs … lasts.” I think it’s a great way to look at things in these trying times.

Many of us are struggling emotionally as well as financially. It’s hard to have an upbeat attitude when all we see and hear is negative news. Why not escape all that negativity? My philosophy has always been that a little humor can brighten anyone’s day. In fact, I’ve earned the nickname Little Mary Sunshine. Having grown up with three older brothers and being the only girl in the family, I have other nicknames too, but choose not to share those here. What I will share are these great e-book and audiobook titles that might be just the thing to brighten your day or provide a little escape.

My read of choice is fiction, but every once in a while I’m in the mood for a nonfiction book that either inspires me or makes me laugh. A favorite: Housebroken: Admissions of an Untidy Life by Laurie Notaro. I laughed out loud. One reviewer, author Jen Lancaster wrote, “If Laurie Notaro’s books don’t inspire pants-wetting fits of laughter, then please consult your physician, because, clearly, your funny bone is broken.” Housebroken is a rollicking collection of essays showcasing Notaro’s irreverent wit and inability to feel shame. From defying nature in the quest to make her own Twinkies, begging her new neighbors not to become urban livestock keepers to, my favorite, putting on Spanx while sweaty (which should qualify as an Olympic sport). She may be a bit vulgar for some, but I found her totally relatable and hilarious.

Prefer audio? A good choice might be The Girl with the Lower Back Tattoo by Amy Schumer. Known for her gritty humor, many describe Schumer as an “honesty bomb.” Whether describing her lust-at-first-sight while in the airport security line, admitting to being an introvert or discovering her CrossFit instructor's secret bad habit, she proves to be a bighearted, brave and thoughtful storyteller. Listening to this could be compared to a night out with the girls.

Another great listen is My Squirrel Days by Ellie Kemper. The Associated Press says the comedian and star of The Office and Unbreakable Kimmy Schmidt delivers a hilarious, refreshing and inspiring collection of essays "teeming with energy and full of laugh-out-loud moments.” What is it about? Ellie, the best-intentioned redhead next door, shares tales of her childhood in St. Louis, whether directing and starring in her family holiday pageant, washing her dad's car with a Brillo pad, failing to become friends with a plump squirrel in her back yard, eating her feelings while watching PG-13 movies or becoming a "sports monster" who ends up warming the bench of her Division 1 field hockey team in college. Sounds like a good choice to me.

Parents, are the kids starting to get to you? Comedian Jim Gaffigan feels your pain. His zany stories from the front lines in Dad is Fat chronicle living in a two-bedroom New York City apartment with a wife and five kids. If you liked Dad is Fat, try his second book, Food: A Love Story. You’ll learn why he believes coconut water was invented to get people to stop drinking coconut water, why pretzel bread is No. 3 on his most important inventions of humankind (behind the wheel and the computer) and the answer to the question “Which animal is more delicious: the pig, the cow or the bacon cheeseburger?” Gaffigan is known for his clean comedy; if you want more, check him out on YouTube.

Overdrive has many other humorous nonfiction books available in e-book and audio. Take a look and see. And, for those of you curious about Erma Bombeck, here’s a link to some other of her famous quotes and philosophies. Guaranteed to make you chuckle.

Joanne Mengel, a member of the Reference team, is proud to say she’s worked at the library for almost 40 years. (She also claims she started working at age 10. Hmm … .)