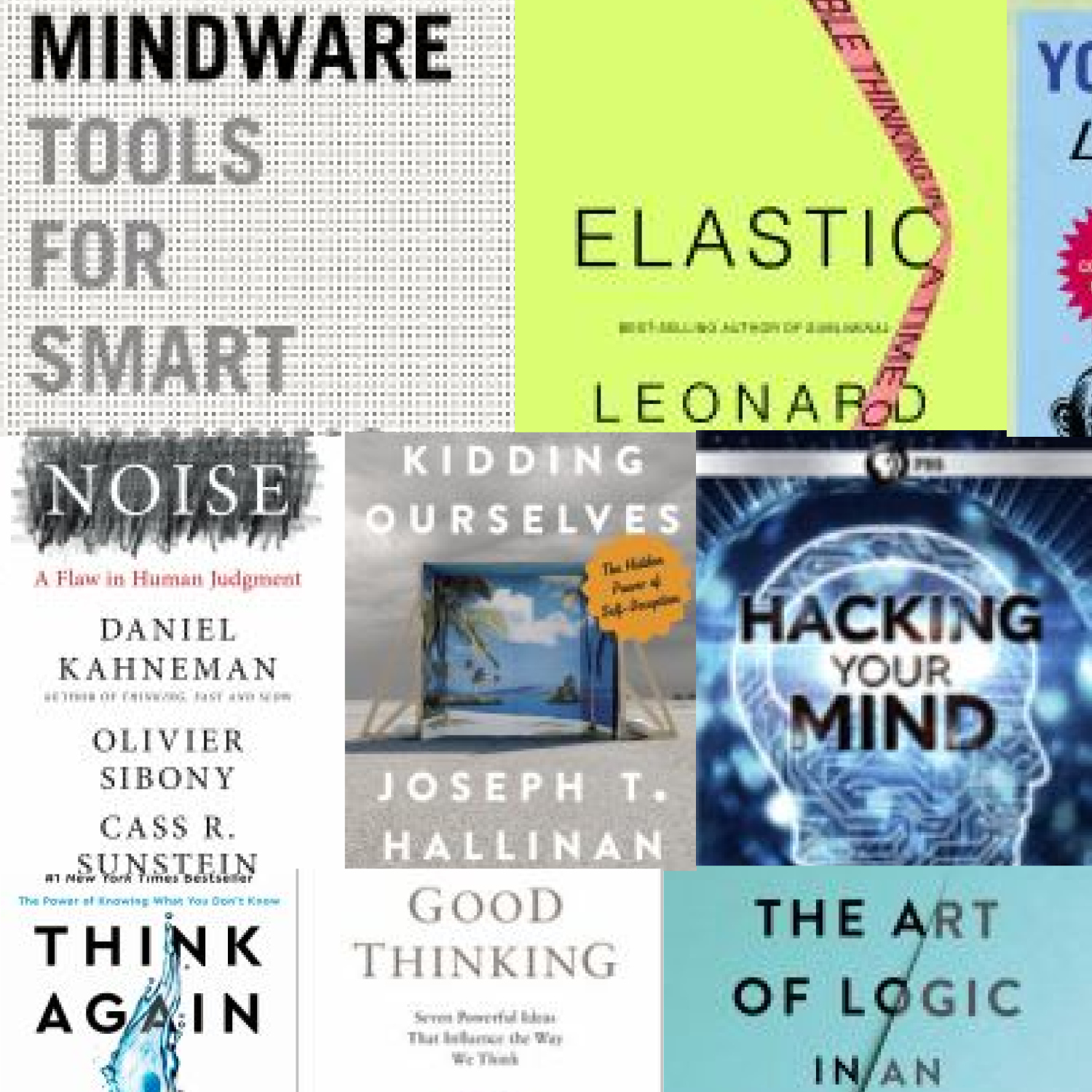 I just finished listening to If I Understood You, Would I Have This Look on My Face by Alan Alda after Debbie recommended it to me. It’s a book about science communication and Alda’s work in that area from appearing on Scientific American Frontiers and his work at Stony Brook University at the Center for Communicating Science. One thing Alda talks about is the “Curse of Knowledge” or “Curse of Expertise,” which is a cognitive bias when a person assumes that others have the same knowledge or background to understand a concept or situation (e.g. an instructor might no longer remember how difficult it is to learn a certain concept or skill). I find psychology fascinating, particularly cognitive biases and logical fallacies. For others with a similar interest in thinking about thinking, we have lots of resources for learning more and for improving how you think.

The Art of Logic in an Illogical World by Eugenia Cheng

Think Again: The Power of Knowing What You Don’t Know by Adam Grant

Kidding Ourselves: The Hidden Power of Self-Deception by Joseph Hallinan

You Are Now Less Dumb by David McRaney

Elastic: Flexible Thinking in a Time of Change by Leonard Mlodinow

The Skeptics' Guide to the Universe by Steven Novella, et al.

Factfulness: Ten Reasons We’re Wrong About the World--and Why Things Are Better Than You Think by Hans Rosling

The Believing Brain by Michael Shermer

The Knowledge Illusion: Why We Never Think Alone by Steven Sloman