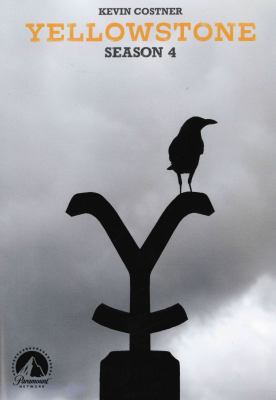 Yellowstone is one of the most requested DVDs I’m asked about at the desks right now, and for which I get the most recommendations requests. So what ARE some watch- and read-alikes? Here’s a bunch of titles to further your exploration of the wild West and beyond from the comfort of our little town:

* A note for this blog post: due to the nature of Yellowstone (Television program) [unrated], most of these recommendations include some adult content, violence, drugs and alcohol, language, and/or dark/gritty storylines.

The Son   Caught between two ways of life, Eli lives a lonely life fitting as neither what he was born into nor what he was raised into. Warning: Suicide, self-harm

Star Trek   Space is, after all, the final frontier - we had several staff members make an argument for this

Westworld   “A dark odyssey … exploring a world in which every human appetite, no matter how noble or depraved, can be indulged.  No rules, no laws, no judgment. Live without limits.”

Virgin River   |   Carr, Robyn   -  for something a bit softer, but still cut off from today’s city life/amenities, out in nature/small town

The Compton Cowboys: the new generation of cowboys in America’s urban heartland   |   979.4 Thompson-Herna 2020

Saving Yellowstone: exploration and preservation in Reconstruction America   |  978.752 Nelson 2022  -  for general fans of the old west

Under the Banner of Heaven: A Story of Violent Heaven   |   289.33 K858  -  modern day with family and clan feuds and violence, which also has a colonizers vs natives layer as well