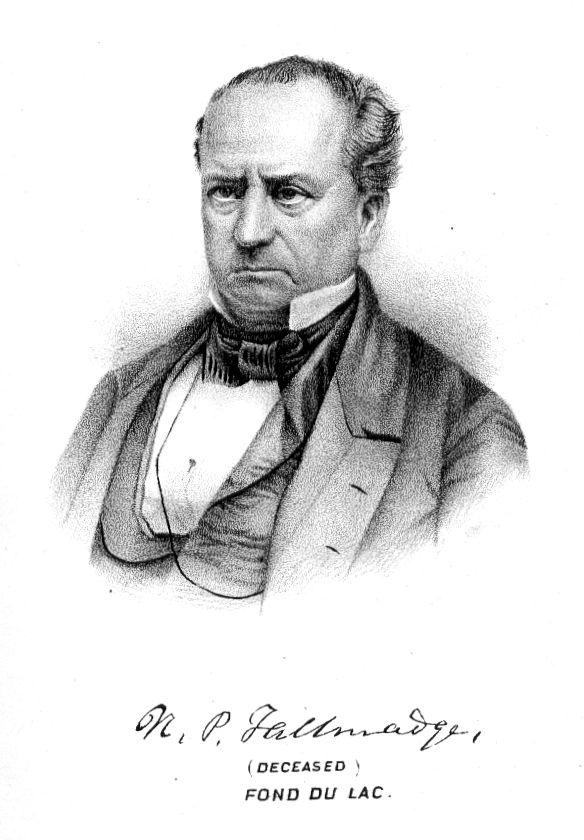 Local historian Tracy Reinhardt will tell the remarkable story of Nathaniel Potter Tallmadge (1795-1864), the second territorial governor of Wisconsin, Fond du Lac landowner, founder of Rienzi Cemetery and the most powerful politician of 1844, who brought down a U.S. president. The 2 p.m. and 6 p.m. Thursday, Jan. 16, programs at the Fond du Lac Public Library are free. No registration.

Tallmadge was one of nine children, most of whom came with him to Wisconsin from their home in New York. As a young boy, he learned Latin with a young shoemaker who came to make shoes for the family. He was a fierce debater, which won him acclaim at the start of his political career, which included serving in the New York State Senate. John C. Calhoun was a regular debate opponent and a friend.

In 1844, Tallmadge worked behind the scenes at the Democratic National Convention for the party to switch its allegiance from President Martin Van Buren to William Henry Harrison, who eventually became president. Tallmadge declined Harrison's offer of the vice presidency. Harrison died a month after inauguration. If Tallmadge had accepted the vice presidency, he would have become president.

After retiring to Wisconsin, Tallmadge became a national spokesman for the Spiritualism movement. He was a devotee of séances and was convinced he was visited by spirits.

History at Home focuses on stories about the area's past every third Thursday of the month at 2 p.m. and repeated at 6 p.m. (no program in December). The programs are free; no registration required. Many History at Home programs are captured on video and shared on the library's YouTube channel. That link can be found at fdlpl.org/miss-program. The presentations are part of the library’s monthly History at Home program, which focuses on local and area history at 2 p.m. and repeated at 6 p.m. on the third Thursday of the month.