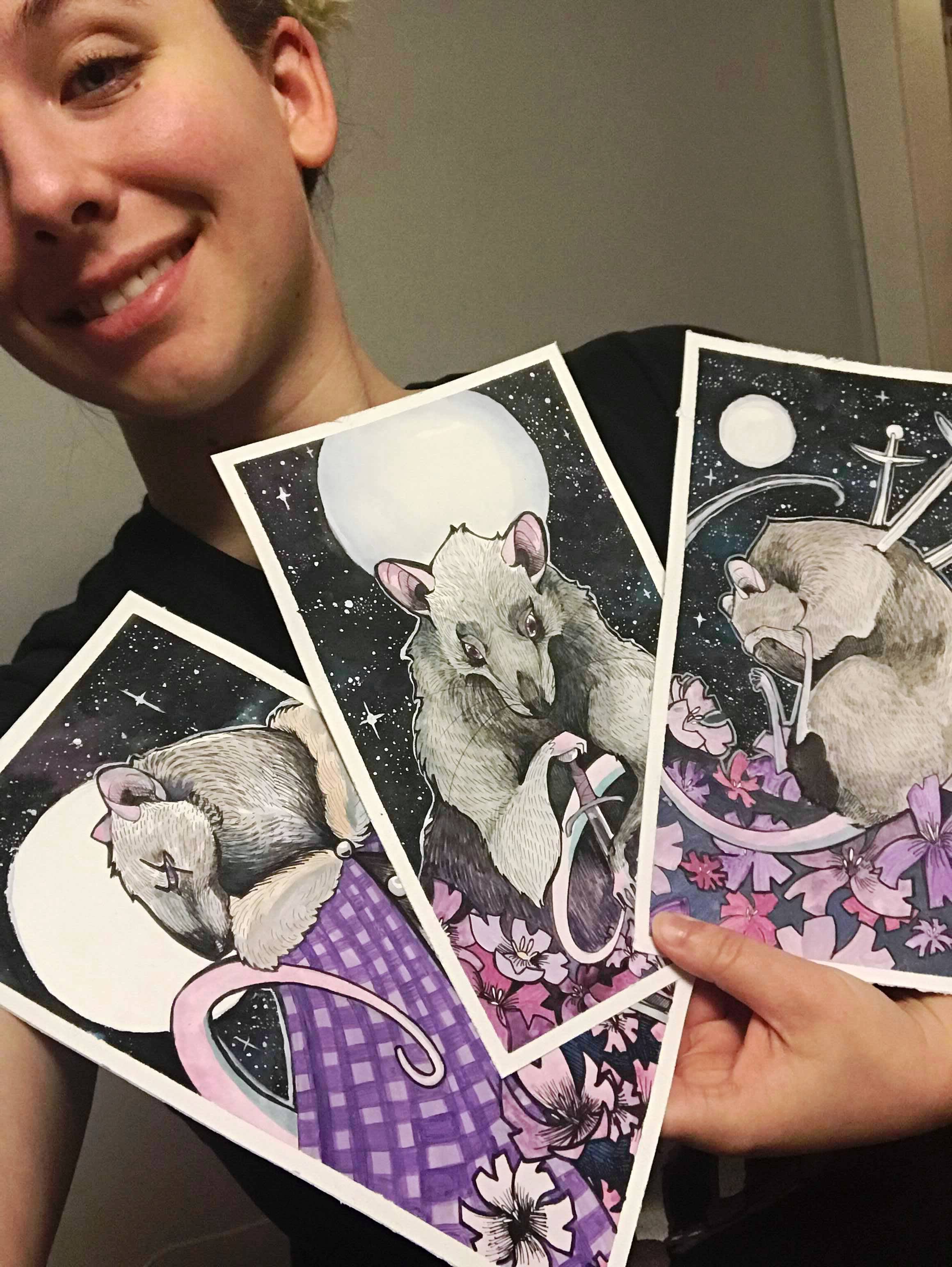 Illustrator and Fond du Lac native Samantha Nelson will be the Fond du Lac Public Library’s Idea Studio 2019 summer artist in residence. Nelson was selected among a field of applicants for the paid position during which she’ll work on original art and conduct public workshops in the studio.

Nelson specializes in traditional and digital illustration. She holds a bachelor’s degree in illustration from UW-Eau Claire and holds certification in web development.

“I’m so excited!” said Nelson. “The library and Idea Studio are fantastic hubs for creativity. I can’t wait to spend time there creating and sharing my knowledge with fellow art enthusiasts.”

For her work in the residency program, Nelson will earn a stipend of $750 and will receive up to $500 in reimbursed expenses for materials. The residency program is funded by the Seefeld Endowment Fund, which was started in 1992 to support special library programs and initiatives.

“Samantha's breadth of skills, contagious energy and curiosity all make her a great fit for the summer residency,” said Library Technology Coordinator Joshua Cowles, who oversees the Idea Studio. “We are looking forward to inviting the community in to learn from and participate in her work over the next few months.”

Nelson, who’s been instrumental in the launching the Idea Studio’s Girls Who Code Club, is a web developer at BrownBoots Interactive in Fond du Lac. She spends her free time drawing and experimenting with illustration. Current projects include a tarot deck and a web comic. Nelson views art as a mechanism to tell stories. Working primarily in pen and ink or Procreate on her iPad, Nelson said her art is dependent on varied line work and texture. She wants to create an interactive narrative for all audiences to appreciate and enjoy. Inspiration comes from her pet rats, beekeeping, reptile breeding projects, tarantulas and her microfauna vivariums.

The Idea Studio is the library’s permanent do-it-yourself zone in the lower level with equipment to use for free and DIY programming. It’s open 3-8 p.m. Monday through Thursday, 3-6 p.m. Fridays and noon-4 p.m. Saturdays. Summer hours – June through August – are 1-8 p.m. Monday through Thursday, 1-6 p.m. Friday and noon-4 p.m. Saturdays. More information is available at www.fdlpl.org/ideastudio and on the studio’s Facebook and Instagram pages, found at Idea Studio FDLPL.